As we have explored in multiple reports, the FDA has placed burdensome limitations on compounding pharmacies’ ability to produce human chorionic gonadotropin (HCG) – one of the main supplements we have successfully used at TRT Miami to help thousands of patients lose weight.

Given these developments, we’ve had to look elsewhere to achieve the same weight loss results using alternative treatments. Through extensive research, we’ve discovered that the kisspeptin diet delivers impressive weight loss results similar to HCG – in addition to other notable health benefits.

Let’s get into the details regarding kisspeptin HCG alternative weight loss and why we are excited to introduce it to our patients at TRT Miami , the nation’s leading hormone replacement therapy (HRT) clinic dedicated to anti-aging and weight loss.

What Is Kisspeptin and How Does It Work?

Here are the highlights on kisspeptin:

Some practitioners refer to kisspeptin as its original name, “metastin,” for its ability to suppress metastization (cancer growth). (See later section for the anti-aging health benefits of kisspeptin in addition to weight loss.)

Let’s get into how kisspeptin turbo-charges weight loss and why it’s the ideal alternative to FDA-banned HCG.

How Does HCG Work For Weight Loss and Why Is Kisspeptin the Best Alternative? 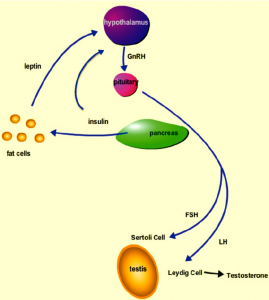 In the specific context of weight loss, kisspeptin works within the same hormone feedback loop that HCG acts on — the critical hypothalamic-pituitary-gonadal (HPG) axis –to promote weight loss in two specific ways that we will explore in detail here:

HPG and the HPG Axis

Kisspeptin acts on the HPG axis according to the following sequence:

The chart below illustrates the flow of the HPG axis hormone feedback loop: 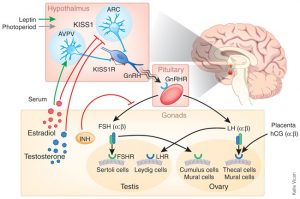 Kisspeptin acts powerfully on this axis. Via ScienceDirect:

“Comparison of the releasing effects of kisspeptins with those of other neuropeptides and neurotransmitters indicates that kisspeptins are probably the most potent stimulator of the gonadotropic axis known so far.”

Research has demonstrated kisspeptin’s remarkable capacity to achieve exponential gains in LH secretion, particularly in combination with fasting (a protocol we already use in the HCG diet):

“In fed animals, both prepubertal female and male rats demonstrated a 9 to 10 fold increase in LH concentrations in serum 15 minutes after i.c.v. injection of kisspeptin. In contrast, fasted rats demonstrated a much greater 50 to 60 fold increase in LH release. Moreover, the kisspeptin-stimulated release of GnRH from hypothalamic explants collected from rats that were fasted for 72 h was greater than that from hypothalamic explants collected from ad libitum fed rats.”

In particular, kisspeptin-10, which consists of a chain of 10 amino acids (pared down from the 53-amino-acid chain in kisspeptin’s original form), generates the greatest LH gains. Via ScienceDirect:

“Proteolytic cleavage of the primary product of the KiSS1 gene, a 53-amino-acid peptide known as kisspeptin or metastin, generates the decapeptide kisspeptin-10, which is a potent stimulator of LH release.”

The chart below indicates the beneficial impacts of therapeutic kisspeptin administration on LH: 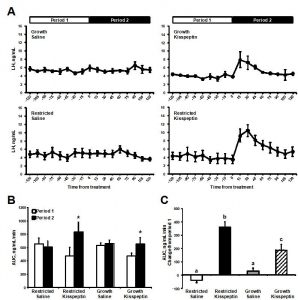 In addition to its beneficial impact on LH levels, kisspeptin also mimics the effects of HCG by boosting adiponectin levels, another important weight loss mechanism in the HCG diet:

“Studies have shown that adiponectin also helps to manage weight by controlling the levels of glucose within the body and by breaking down fatty acids. Therefore, activating adiponectin and increasing the levels in the blood can help with the management of weight and weight-related disorders.” 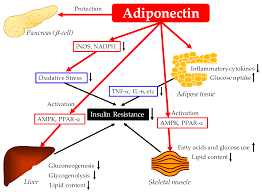 Even mainline medical media outlets like WebMD, which are traditionally skeptical of hormone-based healthcare, have caught onto the promise of adiponectin for healthy weight loss and metabolism optimization:

“A new study suggests that the hormone adiponectin, which is found in fat tissue, can cause weight loss by boosting metabolism without affecting appetite. Researchers say that the finding may lead to better treatments for obesity and other metabolic disorders, such as diabetes.”

The bottom line: if accelerating fat metabolism without the hunger associated with “normal” dieting sounds attractive, kisspeptin hormone therapy for higher adiponectin levels might be right for you.

What Other Anti-Aging Benefits Besides Weight Loss Does Kisspeptin Offer?

The research into the clinical significance of kisspeptin is still in its infancy, but anti-aging experts have already taken an enormous interest in this potentially transformative peptide hormone.

The research-backed benefits that kisspeptin offers to those who receive it through therapy include:

We’re ready to help you begin your journey to better health — inside and out, mental and physical – with kisspeptin. To learn more or to get started, contact TRT Miami . We’ll be glad to schedule an appointment for a risk-free personal consultation to develop an individualized treatment strategy based on your goals.