Feel free to peruse the whole research report yourself (using the link above), but here are the highlights of all available semaglutide science and research:

The graphs and charts below illustrate the differences between the Semaglutide group and the placebo (the “control”) group: 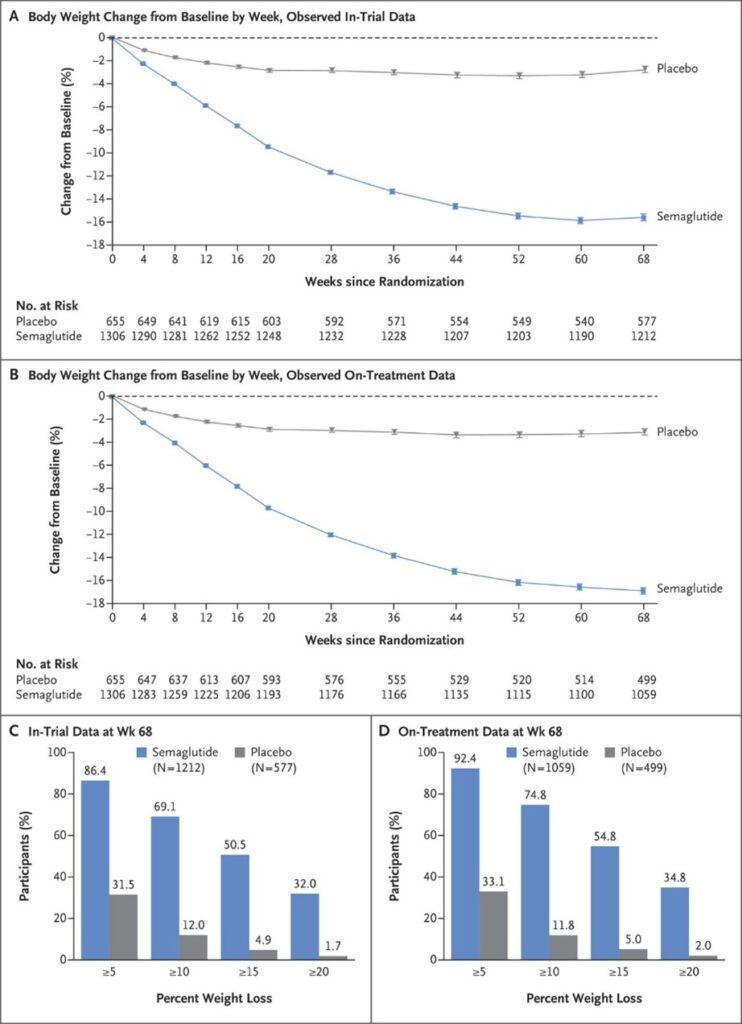 Another study on Semaglutide for weight loss found that, in addition to resulting in significant weight reductions, it also “increased quality of life for 40% to 50% of participants.”

Insulin lowers blood sugar by shuttling glucose into the cells for use and storage. Stabilizing blood sugar, in turn, is a key part of controlling weight.

Per pharmaceutical guidelines, individuals with certain health conditions should avoid Semaglutide. The contraindications for Semaglutide include:

What other professionals are saying about Semaglutide